"Maximal Ontogenesis: On the Speculative Satisfaction of Naturphilosophie"
The naturalistic claim that nature is all there is, becomes contentious only once a second claim is added, i.e. the claim that the natural sciences be accorded, on the grounds of the proper regulation of their methods, exclusive priority in stipulating what is. For in the first case, that “nature is all there is” offers no finality of form to this Proteus, while in the second, nature is finally determined as the issuance of the natural sciences. In consequence, a naturalism capable of thinking scientific must forge a philosophy of nature capable of creation, whatever its source. What is philosophically interesting here is that these facts reveal two philosophical alternatives. The first of these consists in the elimination of philosophy’s substantive contribution to any question of what nature is, as the means for the validation of philosophy as a dependent, critical science, less a court than a review board before which all our claims to knowledge must henceforward be submitted. The second, contrastively, consists in taking the question “what is nature” as involving answers that no special science is equipped to provide, and therefore rejects the reduction of ontology to beings sanctioned only insofar as they are accorded ongoing scientific scrutiny, and takes nature to be a set correspondingly unsatisfied by any specific ontic content and neither seeks to eliminate nor isolate those ontic contents in accordance with any special science, be it physics or myth, according to Quine’s famous account of science in ‘The Two Dogmas of Empiricism’ (1963: 44). I call this naturalism ‘post-naturalistic’ in a twofold sense. First, it rejects the anti-Aristotelian rejection of ontology as distinct from the special sciences but does not sit critically as judge or review panel over the contributions of those sciences. Instead, it embraces all and is thus additional to it. It thus renews ontology neither on the basis of, nor as opposed to, the content or methods of the special sciences, but as cosmically oriented, i.e. as maximally inclusive. The operation of this cosmical attractor in ontology may therefore be called the first or cosmical precept of post-naturalistic naturalism. Second, it is post-naturalism because it has so to speak two dimensions, a past and a future, both of which according to the cosmical precept are nature, such that nature can never consist in any given totality of entities but must embrace what no longer is (e.g. a primal nature) and what is not yet (a nature consequent yet autonomous, which must obtain just if nature is ontogenetic).
"How nature came to be thought: Schelling’s paradox and the problem of location"
How nature came to be thought: Schelling’s paradox and the problem of location In his Predication and Genesis, Wolfram Hogrebe reconstructs Schelling’s Ages of the World along the lines of a theory of predication, while asking, with Schelling, how it is that predication or judgment comes about. In one sense, therefore, the work asks, ‘how does reasoning arise in nature?’ In another, it affirms that “the world lies caught in the nets of reason; but the question is: how did it come to be in these nets?”4 A philosophy of nature, in that it seeks precisely to embrace nature in reason or affirms that nature cannot – since “nature is incognizable” is a cognition – be considered a priori insusceptible to all cognitive strategies without begging the question, can neither avoid therefore the problem of the identity of nature in thought with nature before thought. While the first question posits that reasoning is contained in nature and the second, conversely, that nature is contained in reasoning, and since the two contradict one another, one can only be true if the other is false.With Schelling, however, I will argue first, that both are true and second, that it is because reasoning occurs in nature that nature comes to be contained in reason and that it is the reverse of this order that is importantly false. Otherwise, either reasoning, if it occurred in a world, could not reason about nature or it could only catch nature in its nets if that reasoning were other than the world in which it occurs.
Citation
Grant, I. H. (2020). "Maximal Ontogenesis: On the Speculative Satisfaction of Naturphilosophie." August 3rd – 7th, 2020. 2020 International Winter School, Center for Interdisciplinary and Intercultural Studies. Eberhard Karls Universität Tübingen, Tübingen.
Grant, I. H. (2013). "How nature came to be thought: Schelling’s paradox and the problem of location." Journal of the British Society for Phenomenology, 44(1), 24-43

forthcoming from Urbanomic, "Abducting the Outside" 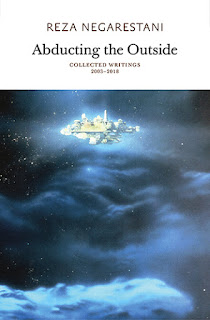 Abducting the Outside by Reza Negarestani
A comprehensive collection of Reza Negarestani’s writings from 2003–2018, Abducting the Outside begins with texts in which horror, decay, cruelty, and barbarism assail the solidity of thought. It goes on to chart the sustained development of a ‘geophilosophical realism’ in which the Nietzschean / DeleuzoGuattarian inquiry into human thought’s relation to its contingent material origins is pushed beyond the localist obsession with the planet. Allowing the reader to experience this original and unique trajectory in one collection, Abducting the Outside presents an encyclopaedic view of what it means to depart from the human, to descend into the abyss, and to see thinking as an infinite drift outside of our established habitats and perspectives.
Certainly looks interesting. Link HERE.

The spectacular originality of Coleridge’s theory of ideas (Aeon Essays)

Coleridge's "Aides to Reflection" was said by John Dewey to be his "bible." Interesting but somewhat long article on the transcendental naturalist philosophy of Samuel Taylor Coleridge.

speaking of updates, one from Pete Wolfendale

Another gentleman with whom I haven't had contact in quite some time yet who is, to my mind at least, from what I can tell from his blog posts such as the one I am about to link privy to the travails of battles with physical health similar to ways with which I myself am familiar, is one Pete Wolfendale. Pete's philosophical acumen, graciousness, and givingness is bar none. It's nice that he authored such a personally forthcoming and brutally honest post detailing his life as of late. (See HERE.)

As he writes, "last year saw another entry added to the list of ways in which my body is trying to sabotage me"... that line in particular struck home, for sure.
You know, I often don't reflect on this, but it has almost been ten years since my TIA, leaving a tenure track position out in the midwest, two years of physical therapy, coming nearly close to never teaching full time again, and just that whole situation I went through 2011-2013.  There were attempts by online thugs on my career, my own body had turned against me, I was afflicted by chronic pain, I was in a commuter marriage flying back and forth between Iowa/Wisconsin and Pennsylvania. Definitely trying times, but I came through. As many After Nature readers know, not only did I come through, I wound up receiving (and for other reasons regretfully having to decline) another tenure track offer for a college up in Boston and then accepting a permanent-rolling Visiting position with my current institution, where I've been for six going on seven years now. It's tough to look back and think how far I've come this past decade, everything I've gone through, the sheer loss and pain. But I survived. Yes, I survived and came back to re-establish my career and go further than I ever have before.
I wish Pete nothing but strength and health in his current battles. Keep fighting, Pete. You'll triumph and overcome.

Ray Brassier - The Human: From Subversion to Compulsion

Found this from an online workshop featuring Ray Brassier, run a few months ago. I'll link and post below.

The Human: From Subversion to Compulsion

In the contemporary ‘critical’ humanities, the privileging of the human has become as suspect as every other sort of privilege. Far from being the uncircumventable horizon for emancipatory politics, humanism is denounced as integral to a logic of domination that proceeds from the subjugation of nature to the enslavement of all those deemed less than human. It is easy to retort that this indictment of humanism follows from conflating the restrictive specification of the human (as white, male, heterosexual, European etc.) with its generic de-specification – the human as what Alain Badiou calls ‘the voided animal’, an exception that includes the unspecified part of everything: neither white nor black, neither male nor female, neither heterosexual nor homosexual, etc. But the suggestion that universalization proceeds not by generalizing specific predicates but by subtracting them tends to fall on deaf ears in a theoretical context where the Nietzschean equation of universalization with domination continues to hold sway. Once the inference from exception to exclusion is made, an all-inclusive post-humanism supplants exclusionary humanism as the politically ‘progressive’ optic consonant with the liberal ideal of inclusiveness that has become the humanities’ critical lodestone. This ideal stipulates a formal equivalence of human and non-human that is the ontological ratification of capitalism’s personification of things and reification of people. But it is not enough to expose the conservative kernel underlying post-humanism’s radical veneer, or to abstractly oppose the generic de-specification of the human to its restrictive specification. What must be grasped rather is how both this specification and de-specification are conjoined in capitalism as a historically specific mode of social production. Doing so reveals that the human is neither a metaphysical subject nor an anthropological attribute. It is the name for a mutability that is sui generis but no longer synonymous with self-consciousness; a displacement compelled by the twin pulses of social reproduction and libidinal repetition. 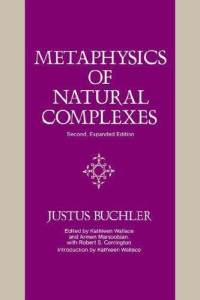 "An Argument for Esotericism," HERE.  It's been awhile since I've been in touch with Bryan but when I do visit his blog from time to time I'm not disappointed.  When it comes to the political - academic or otherwise - I've always appreciated his thoughtfulness when it comes to slow and careful reasoned reflective analysis.  I appreciate in this post which I'm linking the Plato reference, as that is something I'd more than likely start off with as well!

Hope all is well Bryan. He and I co-authored an entry on Justus Buchler for my "Philosopher Profile" posts here at After Nature some years ago (see HERE and HERE); even just recently I've been contracted to write a chapter on Buchler for a forthcoming volume on his work. So working with Bryan has been helpful even many years later.