Nietzsche on the Greeks and gods 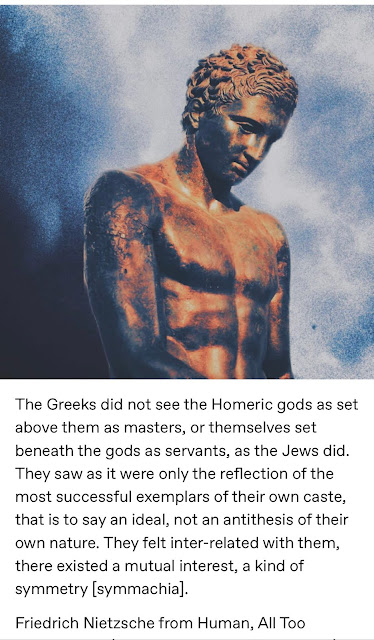 Peirce and Heidegger in Dialogue

This is interesting: HERE.  I haven't seen something like this in quite some time; not at least since the "Possibility in Peirce and Heidegger: A Propaedeutic for Synthesis" David Jeremiah Higgins dissertation I accidentally discovered while writing my own dissertation. Higgins' dissertation (U of Missouri Columbia,1968) was the original impetus which prompted me to triangulate Schelling, Peirce, and Heidegger in the first place and proved to be a crucial document in my research. I highly recommend his dissertation for the like-minded scholar with an interest in the overlap or even union of American and Continental philosophy, or "Euro-American philosophy," as my old mentor Robert Corrington would put it. For now though, check out the aforementioned related link. Hopefully it will suffice until I can find Higgins' dissertation in .pdf.

"Words had separated me from my body. The sun released me. Greece cured my self-hatred and awoke a will to health. I saw that beauty and ethics were one and the same. Creating a beautiful work of art and a beautiful oneself are identical."

Email ThisBlogThis!Share to TwitterShare to FacebookShare to Pinterest
Labels: aesthetics, quote of the day 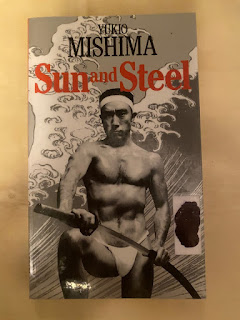 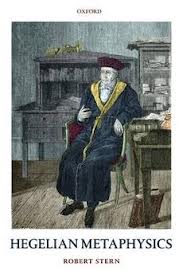 “But the life of Spirit is not the life that shrinks from death and keeps itself untouched by devastation, but rather life that endures it and maintains itself in it. It wins its truth only when, in utter dismemberment, it finds itself.... Spirit is this power only by looking the negative in the face, and tarrying with it. This tarrying with the negative is the magical power that converts it into being. This power is identical with what we earlier called the Subject.”

Email ThisBlogThis!Share to TwitterShare to FacebookShare to Pinterest
Labels: Hegel, quote of the day

Review of Ronald Beiner's Dangerous Minds: Nietzsche, Heidegger, and the Return of the Far Right

I am posting the below video at least in part to alleviate *some* of my disgust after glancing through a loaned copy of Ronald Beiner's Dangerous Minds: Nietzsche, Heidegger, and the Return of the Far Right. Trust me, I am going to review this piece of trash book on my YouTube channel soon enough.

The fact that University of Pennsylvania Press (of all places!) would publish this absolute piece of sensationalist TRASH is beyond belief. Just the fact that the names of Nietzsche and Heidegger - HEIDEGGER - would appear atop of an image of the Charlottesville demonstrations, torches and all, makes me sick. Literally sick, as in I want to vomit when I think about it.

Again, so I am perfectly clear: I am going to review this book on my YouTube channel. And I will trounce it as it deserves to be. There is no Bibliography, the notes are complete garbage and lack any scholarly integrity completely, and the ideas within are so shopworn run-of-the-mill "connect Heidegger and Nietzsche to Nazism as fast as you can" that I absolutely cannot believe in any way that U Penn published this.

It reminds me about how many, many years ago I attended a picnic get-together hosted by my undergraduate mentor (who took his Ph.D. at U of Toronto, where sadly Beiner apparently now teaches) after I had just completed my M.A. (which, incidentally, was on Martin Heidegger and Friedrich Nietzsche). There my mentor disclosed how he met Charles Guignon - the somewhat famous Heidegger scholar at the University of South Florida -- who told him that he thought my thesis was "Nazi philosophy." So, that goes to show the sort of mentality with which we are dealing here. Beiner is in that same camp. Completely clueless.

Anyway, enjoy the below video, English subtitles. I suppose because the folks in the video discuss Ernst Junger and Carl Schmitt that they, too, are "Nazi philosophers." Give me a break. 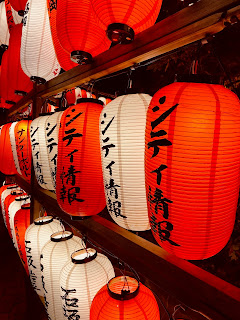 It's been a grueling three weeks of travel, one more to go. I have to say that Thailand is more of a family-in-law visiting thing but nevertheless an extremely enjoyable place. By far exciting though for me personally is Japan's allure - which has grown on me since my first visit a few years ago (this is my third or fourth time there).

As I am catching up on some work I don't have time now to explain why Japan is growing on me, but I do know that Japan, along with Iceland and Switzerland, are among my favorite places to visit in the world. It's a shame I suppose that I don't have much of an interest in Japanese philosophy aside from maybe the Kyoto school, but I do know that the people, the food, the culture, the history - all just so wonderful.

It even prompted me to create a video about it on my YouTube channel. In a world where more time existed I would definitely like to create some blog entries on Iceland and all of the great things there, in addition to Japan. It may not be worth the effort as blogging has long, long ago taken a back seat to video on YouTube. I can't say my YouTube channel's traffic competes with my blog's traffic, but I imagine one day that it will.

Photo credit above to Na, my wife.