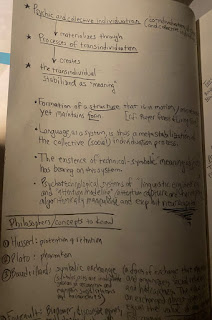 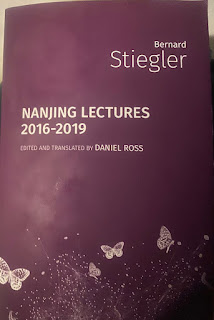 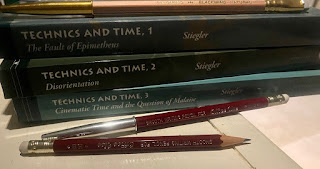 Amazing work by Stiegler in this; picked up his original trilogy which, so far, looks just as good.

No, just... no.
About five years ago I discovered and recommended a little gem of a show called Black Mirror (see HERE) which at that time I described as "smart" and "compelling," and  I stand by those words today.  I had found Black Mirror quite by accident on Netflix before it had wound up becoming the phenomenon that it is and am glad to have gotten in on the ground floor.  When I saw Amazon Prime release its own futuristic sci-fi series with a dystopian twist I certainly had to check it out thinking there might be a good possibility it would be up to the standards set by fellow Black Mirror.
Don't. Waste. Your. Time.
I watched two episodes, but one, really, is all that it will take to show you that this has nothing on Black Mirror, and still further less with the '80s throw-back Stranger Things. In a nutshell the premise of the show is that there is a machine called "the loop" which is built "to unlock the secrets of the universe" (or something like that) and then episodes refer back to the machine or people who've dealt with it in some way.
Ok, so-far-so-good.
The first episode "Loop" pretentiously trudges through, quite literally, fifteen minutes of silence at a time attempting to appear deep and contemplative all the while giving you, well, zilch to be contemplative about.  The acting in this episode is probably the worst I've seen - like, ever - on streaming television, and the plot is flat-out stupid. The plot description reads, "A young girl living in a small town becomes curious about the mysterious work her mother conducts beneath ground at a facility known as the Loop." Whelp, that's about it. Like I said, it is hopelessly vague and at bottom just vapid. But, maybe that episode was just a ding. So I tried again.
Episode three, "Stasis" repeats a Twilight Zone plot from "A Kind of Stopwatch" and the more poignant "A Little Peace and Quiet." Unlike those episodes, though, the plot here may as well have been written by a sixteen year old who is discovering the difference between puppy-love and reality.  Leann Lei's performance (and I use the word "performance" loosely) is horrid, and I mean... horrid.  As "May" she has a crush on Ethan while tied up in a current relationship - and having found a machine that can stop time, rushes to use it in order to go on a date with him (which includes having sex in the middle of the street while time is stopped, by the way). In her words, "I've found a way for us to be together."  Not like breaking up with her current boyfriend would be a much easier thing to do - if we're to follow the sort of "empowered woman" logic that is thrust in our face on more than a few occasions in all of this and thus appears quite charlatan rather than sincere. No, she has to stop time to peruse her options.  Add that to the fact while in stopped-time she accidentally finds her mother naked and prone atop a man who is not her father and then doesn't even bother to tell her father (and what's with all of the sex-pose-on-top stuff anyway?) - and she ditches Ethan after calling him a "cripple" and decides that the fact that he was freaked out about a machine that could stop time and potentially keep them there forever, if the machine broke again, was just too much for their budding relationship.
Garbage. Two hours of my life I'll never get back. I am utterly speechless, amazed even, that Amazon would attach their name to this complete and utter trash. If it sounds like I have some sort of axe to grind against this show then trust me, I don't.  It's just that this was so terrible that I am actually offended.  It basically insulted my intelligence like no other program has before and most likely will insult your intelligence as well.
The reviews I've read concerning this program are luke-warm.  That's too warm for me.  Honesty is best policy: this is pretty terrible stuff. Go watch re-runs of Stranger Things or Black Mirror. You'll thank me for it. 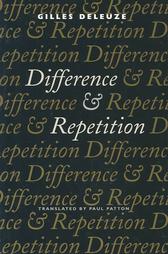 In the world of contemporary philosophy there are those who comment on Deleuze and who "get it," and others not so much. Keith Ansell-Pearson "gets it" and obviously is a foremost scholar in Deleuze studies. His "Deleuze and New Materialism" paper -found in Sarah Ellenzweig and John H. Zammito, The New Politics of Materialism (Routledge, 2017) - is top rate. Link HERE.