Hegel on the Proofs and the Personhood of God: Studies in Hegel's Logic and Philosophy of Religion (NDPR Review)

----
Hegel on the Proofs and the Personhood of God: Studies in Hegel's Logic and Philosophy of Religion
// Notre Dame Philosophical Reviews //

This is a book for those interested in the intricacies of Hegel's philosophy of religion. It asks and answers two questions: how can Hegel's accounts of the proofs for God's existence best be understood; in what sense is Hegel's God 'personal'?
The study is split into two halves named in the title. The first part, chapters 1 to 3, treats Hegel's handling of the proofs for God's existence, principally in the Lectures on the Philosophy of Religion (which contains Hegel's defence of Anselm against Kant) and the Lectures on the Proofs for the Existence of God (published for the first time in English in 2007 in a translation by Peter Hodgson). The second part investigates...

On snake oil and Latour, Meillassoux, and Garcia

We were told ad nauseum that Bruno Latour was the second coming of academic Christ. The world would be changed, statues would be erected in his honor, departments would be devoted to the man. Latourians would come to utterly displace and destroy those damn billie-club wielding Deleuzeans with either "bare-knuckles" or drawn "knives" (note the stark violence associated with these intellectual transitions).

But then we were told "no," instead the second coming was not to be Latour but one Quentin Meillassoux. Watch out! In years' time an aged Meillassoux would reign supreme from his throne, the academic world bowing beneath his popularity and power. The case was pushed as, "Meillassoux supports me and my ontology, so he'll reign supreme as will I."

But then, wait! It was to be the "handsome" and millennial (as if that were a positive quality) Tristan Garcia! Buy his book! Two people have written about him!

I say, has any of this cashed out?

How much snake oil does one buy before they realize they've been had.

More folks write about Schelling and Merleau-Ponty than any of the above, combined.

What is it with the philosophy-haters in astrophysics and cosmology? From the late Stephen Hawking's claim that 'philosophy is dead', to Steven Weinberg's chapter-long jeremiad 'Against Philosophy' in Dreams of a Final Theory (1992), plenty of physicists and astrophysicists think that philosophy ...

Very interesting book reviewed over at NDPR. Although, another interesting pairing to look at might be Schelling and Merleau-Ponty. 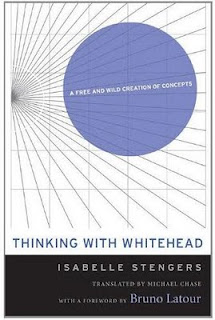 Not the vapid "stake in the ground" planted by Bogost some years ago, but the real deal, as it should be.

A re-post from last year around this time of the summer, for those who may have missed it when posted then. Surely one of the most exceptional places I've seen first-hand for sure, the Nietzsche Haue did not disappoint (nor did the surrounding area of Sils Maria...it was absolutely gorgeous). Recently Corrington and I visited the C.S. Peirce house in Milford again - this was about two or so weeks ago - and so while I work on a post for that I thought to re-post the below. Enjoy.


Sils Maria is an indescribable place, if one wants to paint a picture of it perfectly. I'm not sure words could do justice to the peace which is that place. Granted, Switzerland now has a special place for me - mostly because of its picturesque landscapes, its pine forests, its mountains and peaks, and of course its quaint and romantic way of life . But if I had to put my finger on it (and I believe Nietzsche had mentioned this) - there is something about the air there. Something, rejuvenating, perhaps?

“Well, my dear old friend, I am once more in the Upper Engadine. This is my third visit to the place and once again I feel that my proper refuge and home is here and nowhere else.”

My wife wasn't so much interested and began studying the adjacent hotel, a charming building in its own right. And for a few minutes she began to say how nice it would be that if we had children we could venture here as a family and vacation. I agreed. (We desperately want children, and the thought of vacationing in this beautiful place with my wife, and hopefully one day children, for a moment moved me.)

As to my expedition regarding more philosophical things, I think I learned more just by absorbing the surrounding experience of the mountains and forests, the creek nearby, the silence only being interrupted by the sounds of insects or the wind. But it was Nietzsche's own bare room which spoke most profoundly to me.

Inside the home there are many, many books which are organized according to various donated collections. There are various artifacts and items to look at, and a room dedicated to Nietzsche studies or exhibitions (currently in one of the rooms are paintings by an artist who lived in the house recently for two years). For me, though, it was Nietzscbe's room as well as the view from his room to the mountain outside which affected my experience of this place. Reminiscent of the painting by Caspar David Friedrich I had to think that the "wanderer"who was meant for those mountains could have only been Nietzsche himself. Inside his room there is not much to see but certainly much one might sense. The walls are bare, one small carpet is at the center of the floor, there is a small bed, and there is a porcelain washbowl and pitcher across from the bed. That's it.

But, there is a thing that struck me - and let me say right away that this will come off as quite personal and thus perhaps strange - is how Nietzsche placed on his wall a green piece of wall paper. Neat and rectangular, there it was in the midst of his Spartan-like room. But, it was the tone of the green which struck me. The tone was deep and seductive.

When I first discovered Nietzsche at age 19 one of my favorite poems that he wrote was called "The Sun Sinks," written in the year of 1888. I know this poem by heart and can recite it freely. However, there are a few very interesting lines in that poem which reference the color green. And yet within Nietzsche's room, his sheets? The color green. His carpet? Green. The wallpaper? Green. The room was bare save for whatever minimal color there was, it was green.

If one is to reflect upon the meaning of green in that poem alone, let alone its place in Thus Spoke Zarathustra, the poem's use of color all hangs upon green and its place vis-a-vis the abyss. Standing there, in Nietzsche's room, looking out from his window, to his fabled mountains of Zarathustra, I realized that the color green was for him, the abyss. From there we hear about gold, blue, brown, black, and so on.

But "green," a dark majestic green, is the color of the golf-course greens where I was a night watchmen, my own Zarathustra at age 19, reading Nietzsche and marveling beneath the stars in the middle of those humid but cool, clear summer nights at 3am. Here in Sils Maria I was at the very place where one of the most influential philosophers who attracted me to philosophy in the first place lived. And here I was gazing out his window - at the same forests, the same mountains, the same stream. My Nietzsche journey had come full circle as I looked out his window.

Now that I have become part of "the establishment" of academia - a "philosophy professor" - part of that same establishment Nietzsche so despised, Herr Nietzsche and his anti-philosophy has crept up from behind me yet again to spur me into open reflection, just as he had when I was 19. And for that, my good friend, Friedrich Wilhem Nietzsche, I am thankful.

Today I still ask that most dreadful question, why? Hanging onto my late '30s, with respect to that question maybe Nietzsche's response, fittingly from the poem, remains the same when I found him while I was so young. "Stand firm my brave heart, do not ask: why? -"

A visit to the house costs 8 Francs (no Euros accepted).


Below one can find photos with captions of my visit. I'll attempt to upload a video of me traveling the path behind the house where Nietzsche would take walks when he could. As Sils Maria is a place for holiday one can see a hotel near the one where Nietzsche himself stayed. The only two cars that pass in the video toward the end were the only two heard during the hour I was there. Otherwise it was complete silence.

Finally, I am not an expert video producer so my apologies for the camera work (which is non-existent). I just wanted to show what the path looked like and attempt to transcribe to video the experience of what it may have been like for Nietzsche to walk along that path. Of course, that is impossible. In the end this was really an amazing experience and is on par with our visit to the Heidegger Hut (link HERE). Both visits were magical. Now on to the photos and video...

Read also about our visit to the cabin where the most infamous philosopher of the 20th-century Martin Heidegger (1889-1976) would stay each summer, and where he would eventually write his masterpiece, Being and Time (1927), link HERE.