the fantasy of speculative realism: Zupančič on Meillassoux and SR (VIDEO/MP3 from Oct. 2012)

The foundation for Alenka Zupančič's philosophical work is influenced primarily by Slovenian Lacanian scholars, such as Mladen Dollar and Slavoj Žižek, but also uses the tools and methodologies of classical philosophers, including Immanuel Kant, Georg Wilhelm Friedrich Hegel, and Henri Bergson.

Description: Slavoj Žižek joins Martin Hägglund and Adrian Johnston in a discussion about “Conditions of Possibility,” with respect to philosophy, literary theory, religion, and psychoanalysis. Drawing on such diverse and archetypal figures as Kant, Hegel, Freud, Derrida, and Lacan, the panel will explore the notion of philosophical critique and its transformation in contemporary theory.

I'd love to tangle with Hägglund and Johnston (Johnston especially, I was working on something in response to his paper awhile back).  Per questions at end: I see the point, but the first or second question posed at the end of the talk picks out how Hägglund and Johnston seem to be begging the question with respect to substituting one transcendental argument for another (instead of demonstrating the need for preferring a specific set of nonreductive material-dynamical conditions -  i.e., logical-negative annihilation, rather than hyperchaotic creative-positive addition).

If anyone has mp3s of this conference please get in touch. 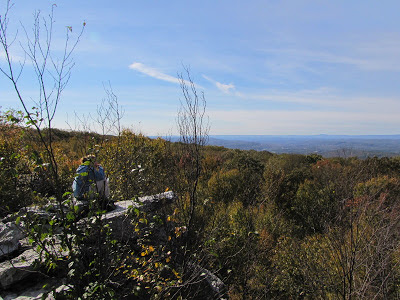 While on Kittatinny Ridge we met an unexpected visitor who was hiding in a tree: a very friendly porcupine. 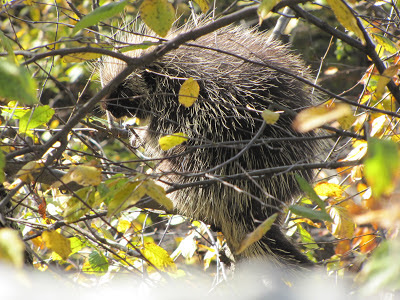 The conference will be a one day event (exact date tba, but in spring 2013), and we plan to feature a few big names to be announced soon.

The theme of the conference explores the relationship between continental philosophy of religion and "the new metaphysics" (speculative realism but also other forms of contemporary metaphysics, i.e. process, new materialist, actor-network, etc.), identifying possible routes of exploration as well as areas of influence and cross-over.

Philosophical naturalism (Brassier), the divine inexistence (Meillassoux), the Absolute (Grant), or factish gods (Latour) are some possible starting points, but one could also see discussion of historical figures as well: Bergson, Deleuze, Schelling, Hegel, and Whitehead, for example.  Topics such as process-relational philosophy, new materialism, speculative idealism, neo-vitalism, and actor-network theory will be of central importance for the conference, and speculative realism in its most contemporary forms will be a major point of discussion as it bleeds into its continental philosophical antecedents, especially vis-a-vis thinking about religion, theology, and the Absolute.

If you'd like to get in touch about the possibility of presenting, email me for details.  Again, an "official" CFP should go out late November.

recent publications and some forthcoming ones

I received a copy of the new American Journal of Theology and Philosophy issue featuring in print my review of Pugliese's The One, the Many, and the Trinity: Joseph A. Bracken and the Challenge of Process Metaphysics.

Also from Indiana University Press and AJTP, I received the proof pages for my article on Deleuze and ecstatic naturalism titled, "Nature's Transcendental Creativity: Deleuze, Corrington, and an Aesthetic Phenomenology."

My review of Hartshorne's Creative Experiencing will appear for that journal as well, probably within a few months time.  (As a side note: a review also appeared on pragmatism and naturalism - the book title is eluding me at the moment - but it was written by my very good friend, Martin Yalcin, who also has an interest in philosophical naturalism and theology like I do.

A Philosophy of Sacred Nature: Prospects for Ecstatic Naturalism is well underway, suffering a delay but now back on track.  We are hoping it will be in print within 8-10 months.  My chapter is titled, "Ecology, Aesthetics, and Nature's Theological Value."

Otherwise I have yet to begin my entry on Peirce for the Peirce dictionary (through De Groyter Mouton) and my entry on "speculative realism" due to the IEP.

Frederick Beiser interview at 3:AM 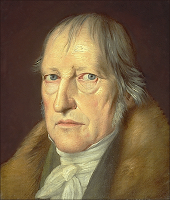 As German idealism is on the up-and-up right now, I thought this interview may be relevant.  Enjoy.

The conversation has now expanded to include immanent transcendence blog HERE, footnotes to plato HERE, and agent swarm HERE.  There's a pretty large error under discussion so all three posts are worth a read.

My initial thought that generation, creativity, temporalism and change ("process") happens to be more significant for Whitehead than a theory of relations as such (i.e. "relationism") can be found HERE.  Of course, process and actual occasions ("instants") go hand-in-hand.

While this is on my mind, and this is just a passing thought: I am reminded of Peirce here.  In a categorial scheme Secondness (reaction and relation) and Thirdness (the habits of created instants) both depend upon the generativity of creative Firstness (the can-be possible, i.e. deep hyperchaotic Potenzen).  Relations and habits could not be if it weren't for Firsts.  Whitehead, following Peirce here, goes on to essentialize the modal aspect of Firstness into his "eternal objects" - which are indeed timeless - but which are also nonetheless active and generative objects-as-powers (forms of objects, really).  Now for Hartshorne, on the other hand, these eternal objects do not "exist" until they are created.  The pre-actual items of the universe are not and in being-not possess a virtual power (ala Meillassoux).

In conclusion, it is simply wrong-headed to call Whitehead a "relationist" without emphasizing some features of this thought which seem to balance or temper the relational aspect of his work, e.g. his temporalism, his theory of modes vis-a-vis eternal objects, the doctrine of contributionism, or in general taking account of what dynamic singular agents do versus how they simply "relate."  This all involves a processive account of the universe which goes beyond a simple relational philosophy.  Change (temporalism) and generativity (creativity) are at the core of Whithead's thought, not just an account of relations.

This is nothing new, but it was openly affirmed (per Zizek at his talk in Toronto).  We also now know that "speculative realism" is a term that he is distancing himself from.

Some other quick thoughts:

Three of the four SR originals question SR's very existence as a school of thought, or "speculative realism" as such.  In other words, "speculative realism" may be best characterized as a tendency or group of philosophical characteristics (materialism, realism, etc.) rather than a concrete school.  Looking at SR as a concrete phenomenon with rigid borders rather than a fluid philosophical tendency may be reducing things down to a single term which ought to resist categorization.

However, I've often thought about whether there is just one idea or concept which would put the four original SR philosophers in the same boat.  A "critique of correlationism" would be it, even if someone like Meillassoux ultimately returns to it after deconstructing its history.

On the other hand, I find it troublesome when one tries to cut a neat divide between the various SR factions strictly along some epistemological/ontological axis. There doesn't appear to be just one neat line that one can draw in order to put SR folks into little boxes, despite there being a multitude of factions. (As an aside: I also find it troublesome when we try to "dictate" who can belong and who can't, to  whatever faction, or blankly state "if you believe this then you are that," or state that "this person is part of the conversation, that person isn't."  Not true.  We're all partners in this dance, like it or not - so this business about allowing others to "be part of" the discussion or conversation or whatever is just bull.  Everyone is allowed to "be a part of" the conversation, Zizek included).

It probably can go without saying that my own personal interest is in Meillassoux's divine inexistence.  Another philosopher whose perspective I enjoy is Iain Hamilton Grant, and his "neo-vitalism.  As well, Brassier's forthcoming naturalism is also something that I enjoy wrestling with.  So that's probably why I've been engaging with them lately.

Below are the links to the audio file and to the iTunesU:

Notes and outline by Matt/ footnotes to plato blog, HERE.

Steven Shaviro has two posts HERE and HERE covering among other topics processes of individuation (Simondon) and the basic nature of value experience (Whitehead).  These two posts have prompted me to go and dig through my own posts/thoughts on the subject and repost them below, as I apparently have covered alot of similar themes over the past year and thought readers might benefit from taking a look.  But first just a thought of introduction.

Or to put it another way, from Firsts (aesthetic quality) we get Seconds (reaction, clashes) and Thirds (generalities, law) together in a categorial scheme.  Peirce saw this quite clearly, as did Whitehead.


"The correction of defects in traditional versions of Idealism."
From Charles Hartshorne, The Zero Fallacy.

MV: One perhaps puzzling aspect of your philosophy is your “ideal­ism.” For you, objects do not depend on our particular experiences of them; rather, you believe in the asymmetrical dependence of subjects on their objects. Thus, epistemologically speaking, you are not an idealist but a real­ist. However, you contend that “Epistemological realism is entirely compati­ble with metaphysical idealism.” What, exactly, does your “metaphysical idealism” entail, and is “idealistic” indeed an appropriate label for your type of metaphysics?

H: I deal with this especially in “The Synthesis of Idealism and Real­ism,” Theoria 15 (1949); also in “What was True in Idealism,” Philos 43 (1946). The key is fourfold: (1) subject-object relations are subject-subject relations so far as objects are active singulars and concrete, otherwise the objects are abstractions from or collections of such subjects; (2) actual objects are temporally prior to and hence independent of subjects to which they are given; (3) subjects (Leibniz) are enormously varied and in the vast majority of kinds more or less radically different from human persons, vary­ing from feelings of electrons, say, at the lower end of the hierarchy, to God at the upper end; (4) fully concrete and particular subjects are not persons and the like, but single experiences (Whitehead’s actual entities). My psychical­ism and Whitehead’s “reformed subjectivism” are virtually the same, so far as I can see. The subject-object relation is prehension. No one else ever clearly had this idea previously. Tibetan Buddhism seems to have come fairly close, Berkeley and Hegel not at all.