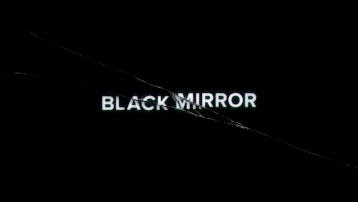 Black Mirror (TV series) is a smart, entertaining, and thought provoking techno-apocalyptic fusion of The Twilight Zone and Tales of the Unexpected.  It has won several awards including Best TV Mini-series at the International Emmy's.

Described as "a twisted parable for the Twitter age," the program generally shows the dark side of life with technology; with twists-in-tale and lots of philosophical ideas to chew on. It masterfully achieves a "techno-paranoia" feel for our modern age.

I started with "The Entire History of You" and was instantly hooked.  Each episode is 60 minutes long, but they're great and well worth watching.  The program has a nihilistic, dark, crypto-techno apocalyptic feel featuring some very interesting themes from within the science fiction genre.  Very good stuff here.  Highly recommended for fans of The Twilight Zone (I was also a fan of the '80s three season version of The Twilight Zone).