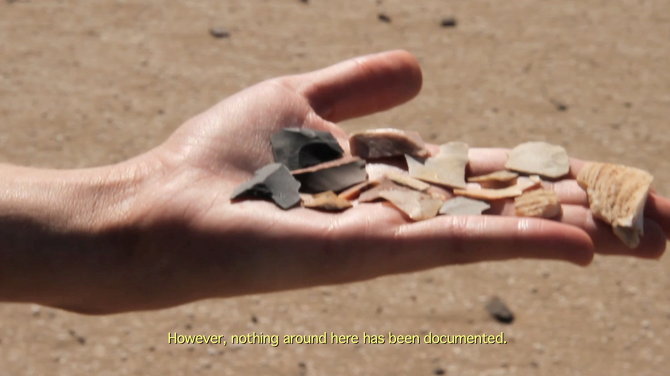 Nothing around here has been documented.

A cold world, a bleak reality, is one unnamed.  It is the "non-world."  It is the "one unmoved darkness" without "multiples" or a "one."

The positivity of value, however, is in that being unnamed.  In a sense, it is a "non-world" whose negative first instance of any many is the positivity of the "non" pushing behind it.  The "one unmoved darkness" is just that unnamed heterogeneous momentum in its authentically real plural force. Singularities are simply not determinate dead "ones."  Why mistake our names for a plural alien reality?

In the age where "to be" is to "belong to a network," to be a nameable, representable, repeatable "one" among a multiple - where life or reality, or matter, is not so until it is subsumed, hashtagged, "liked" - in essence named and framed as a one among many...before this is the "non-world." "Non-world" is silence but also intensity, and its other is merely the names we give to it.  It is the world that is "not," and as such, it is more real than the world we think we inhabit.

What, then, are things without names in the "non-world," a world without both "beings and Being"?

The answer may be found when one arrives, for the first time, to new cosmic worlds.  Worlds previously dark, hidden from the anthropocentric hubris of names.

Reason, in its metaphysical scope, contemplates worlds.  Both dark and light, but most deeply, "non-worlds" of cold, bleak, darkness.  In such depths one encounters bright abyss: Aeon, Eternity, or The Unameable.