Merleau-Ponty's relational ontology and the meaning of "environmental"philosophy

Interesting article, "Flesh and Nature: Understanding Merleau-Ponty's Relational Ontology" in an older issue of Research in Phenomenology, from 2011, HERE on academia.edu.

Lately I've become interested in the question of how a philosophy of nature might be more metaphysically generic and hence truly more ecological than so-called "environmental" questions.  The article linked above points to the question of relational ontologies and nature, where it is said that, today, all too often relations and agencies are downgraded before "nature" understood as a "container" (hence, "the environment") as well as before the "things" within it.  In fact, there is *so* much orientation toward things (without much regard to the relationships between things) that the fabric or "flesh" of the world - the "texture" of the world, as Calvin Schrag would put it - drops out of the picture.  In other words, when it comes to environmental philosophy and a truly ecological perspective, that can be dangerous if we focus only on the things of the world without regard for how they relate, what they do, or how they affect each other (or, in Whiteheadian language, a good way to put this is to regard objects of the world not as inert "things" but as "occasions" or "societies of occasions" in relation to one another).

An "environment" can too easily be seen as a container with objects in it; as the "environment" literally means "that which surrounds."  This can misdirect the questions we need to be asking the sense that the question of "nature" - really as a guiding concept and framing metaphysical picture - ought to transcend in scope that which surrounds "us" (not the point of view from which one ought to be asking the question if our metaphysics is to be capacious and ecological).  Clearly, the world is more than things, and it is more than things that are there "for us."  Indelibly, then, if we are focusing on "things" in a container we tend to idolize the things (radical pluralism to the exclusion of all else, with a corresponding materialism and commodity fetishism) or the container itself (radical monism to the exclusion of all else, idealism and a stock spiritualism).  The question of nature, as it should be posed within environmental philosophy, should cover a more dynamic picture than either one of those alternatives. 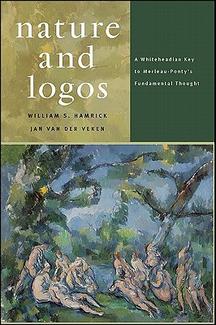 Beyond a mere critique of perspective, it seems that environmental philosophy can better achieve perspective if it takes the "environment" to be part and parcel of nature broadly understood.  It needs a truly "ecological metaphysics" behind it.  Of course, "nature" must be tailored beyond its 19th-century romantic renderings (and hence those who capitalize  the 'N' of Nature ought to think twice about doing that) as much as it should be understood in lights different than those which deflate it from the power of its metaphysical scope, common in much of today's 21st century environmental philosophy.

So far I have found two philosophers whose "definitions" of nature offer very good examples of what I have in mind here: Justus Buchler (see his essay "Probing the Idea of Nature") and Eduardo Viveiros de Castro (see his concept of "multinaturalism".)  Sadly, both are relatively unknown.

However, both should be re-visited, I think, in order to sort out how a more generic notion of nature can be used as a powerful tool to metaphysically redirect environmental philosophy.  This means including relations and agencies as part of an environmental ontology where we have a robust metaphysical ecology not "without" nature, but perhaps "after" its recent misdirections.