Earth Crisis were among the first earth and animal liberation bands around in the early '90s.  Stuck in the Past blog has cleaned up their '93 demo and made it available for download in remastered format.


In my endless quest to produce a decent sounding version of the Earth Crisis - Demo 1993, I finally got my hands on multiple cassette copies. I ripped each full tape to WAV files, isolated the best sounding version of each song, adjusted levels and remastered as a final group for continuity.

In regards to Time Of Strife and whether it belongs as a part of this demo recording, I contacted Scott Crouse, and he gave me a rundown:

There are actually 2 versions of Time Of Strife. The demo was originally 9 songs, but we didn't like that version of Time Of Strife so we never included it on any copies that went to other people. It was mostly clean vocals and musically pretty different than where it ended up on the Structure Records comp. So the short answer is no, I think the version you have was not done in the same recording session. I don't know if the anyone has the "original" version anymore. I think only band members would have it and I'm pretty sure none of us even have a copy of that demo.

As you can imagine, there are still limitations when dealing with 25 year old cassettes, but I think this is, by far, the best sounding version of the demo out there. For all the total nuts out there, here it is, in your choice of 320k mp3s or FLAC files. 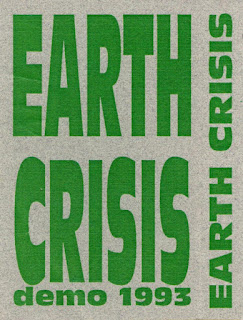 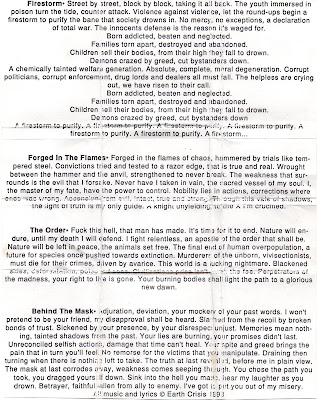