"Against Kant: Toward an Inverted Transcendentalism or a Philosophy of the Doctrinal" (Tyler Tritten, academia.edu article) 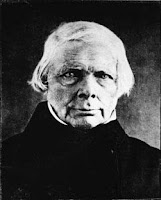 You can Tritten's paper and his argument HERE.

As it stands I am reading much about Schelling in preparation for at least one paper on Plato, Schelling, and philosophical ecology for a series of lectures I will be delivering in Korea later during the month of October.